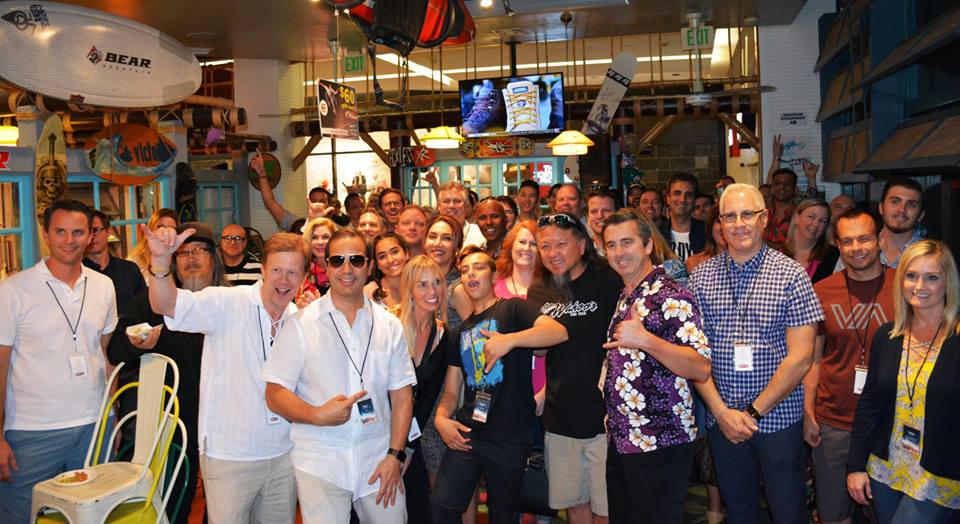 Our special guest was 12-year old, Carson Kropfl (a fellow San Clementian), who appeared on this season’s opener of “Shark Tank” and locked Sir. Richard Branson for a $65,000 investment in his company, “Locker Board”. His company has since grown 300% and is also doing social good, by donating $1 from every board to ocean pollution related causes – we look forward to introducing him to Mark Zuckerberg and the IMA.

Following Carson, we had my good friend, Wing Lam, founder and CEO of Wahoo’s Fish Taco speak about challenges and successes of his healthy-first, fast-casual chain of over 60+ restaurants.

We also had Mat Ross of Hoag Healthcare talk about executive wellness and Chase Rief speak about his U.S. Geological Survey (USGS) app which will give you a head-start on the next big earthquake. All our members were given a free download of the app – if you are interested, email me and I’ll connect you to Chase for the download.

100+ leaders throughout California converged upon our event tonight and many new relationships were formed!

The lessons learned from these entrepreneurs were powerful and life changing. Let’s keep going, building and changing the world!