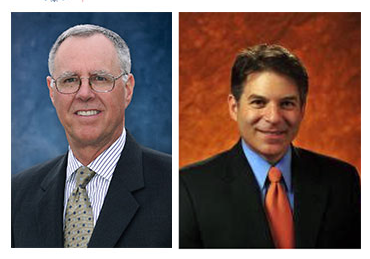 Kennedy brings extensive knowledge to the IEC. From 2003 to 2010, he served as the chairman and CEO of The First American Corporation, a FORTUNE 500 company with revenues exceeding $8 billion. The company consisted of two primary divisions: title insurance and data. In June of 2010, the two divisions were separated into two companies. The insurance division retained the name First American (NYSE: FAF) and the data division is known as CoreLogic (NYSE: CLGX). After the split, Kennedy initially served as executive chairman of each company before focusing his efforts as chairman of First American.

From 2003 to 2009, Kennedy served as chairman of First Advantage Corporation, a NASDAQ company ultimately sold to private equity. He has served on the boards of a variety of businesses, including his current position as a member of the board of Specific Media, a private company that recently purchased MySpace from News Corp.

Kennedy, who joined First American in 1977, was elected to the board of the First American Corporation in 1987. During his tenure, he served the company in a variety of local and national roles, including branch manager, national sales director and president before his promotion to chairman and CEO. In 2003, Kennedy was recognized as one of America’s top chief executives on Forbes Magazine’s prestigious list of “Best Performing Bosses.” Ranked at number 5, Kennedy was one of only 10 executives from the nation’s 500 largest companies to receive an A+ efficiency grade for pay versus performance.

He also serves on the boards of directors of various charitable organizations, including the Fletcher Jones Foundation. He is a past chairman of the board of the Santa Ana Chamber of Commerce, the Bowers Museum, and the Orange County Council of the Boy Scouts of America. Kennedy is a past president of the American Land Title Association, as well.

A member of the California Bar Association, Kennedy practiced law for four years with Levinson & Lieberman in Beverly Hills, Calif. After graduating from USC in 1970 with a bachelor of arts degree in social science and communication with a concentration in economics, he went on to earn a law degree from Hastings College of Law, San Francisco, in 1973.

Kennedy was born in Orange, CA, where he now resides. He and his wife, Sherry, have two children and two grandchildren.

Lou brings impressive expertise and experience to the IEC. He is the Principal of Lou Penrose Government Relations, a Southern California based full-service government affairs and public relations firm.

Lou comes to the world of politics and government affairs after a successful career in broadcasting. In Palm Springs, he was the top-rated local morning talk radio host on K-NEWS Radio. Lou hosted the “Lou Penrose Morning Talk Program” weekday mornings and was considered an influential political player and local news opinion shaper.

With a degree in Political Science from Binghamton University in New York, Lou has been involved in politics, campaigns, and broadcasting for over 25 years.

An avid runner and biker, Lou’s interests include fitness, broadcasting, real estate, and of course politics. He lives in San Clemente with his wife Amber Hall and their three boys Gianni, Nico, and Valentino.