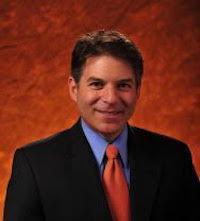 Please help me welcome Lou Penrose, Principal of Lou Penrose Government Relations, as our next confirmed founding member of the International Executive Council (IEC). We have included his bio and LinkedIn profile below for your review.

Lou brings impressive expertise and experience to the IEC. He is the Principal of Lou Penrose Government Relations, a Southern California based full-service government affairs and public relations firm.

Lou comes to the world of politics and government affairs after a successful career in broadcasting. In Palm Springs, he was thetop-ratedd local morning talk radio host on K-NEWS Radio. Lou hosted the “Lou Penrose Morning Talk Program” weekday mornings and was considered an influential political player and local news opinion shaper.

With a degree in Political Science from Binghamton University in New York, Lou has been involved in politics, campaigns, and broadcasting for over 25 years.

An avid runner and biker, Lou’s interests include fitness, broadcasting, real estate, and of course politics. He lives in San Clemente with his wife Amber Hall and their three boys Gianni, Nico, and Valentino.

To learn more about IEC’s schedule of Signature Tastemaker Events planned through 2020, please inquire within.