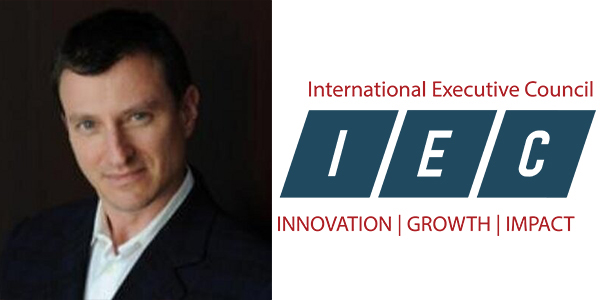 Yuri brings extensive experience to the IEC. Yuri Vanetik is a private investor, business strategist, political coalition builder, and philanthropist. He is the manager partner of Vanetik International LLC, a management consulting firm in Nevada. Vanetik International, LLC provides advisory services and strategic planning to businesses both in the United States and around the world. He is considered an expert in capital formation and mergers & acquisitions. In his role in advising financial firms nationally and internationally, Mr. Vanetik brings years of experience in securities law, corporate governance, business strategy, and financial planning.

In the past, Yuri Vanetik served as an executive within the financial sector. In this role, he advised boards and principals from both public and private companies on strategic planning matters, including capital formation, securities offerings, marketing, acquisitions and dispositions.

In addition to his continued work on corporate boards, boards of nonprofits, and political organizations, Yuri Vanetik is also a Co-Founder and Managing Director of Dominion Partners, a technology-driven opportunity real estate fund that invests in undervalued real estate throughout the United States. Dominion seeks out properties that show promise, based on location and other characteristics, but that exhibit problems related to physical conditions, capital structure, marketing position, tenancy, or management in general-problems that can be corrected to deliver superior value. In his role in as Managing Director, Yuri Vanetik is responsible for managing the financial policies and strategic growth of Dominion Partners. His responsibilities include overseeing equity financing and joint ventures, and raising capital.

Prior to his work with Vanetik International, LLC and Dominion Partners, Yuri Vanetik practiced corporate law with K & L Gates (formerly Kirkpatrick & Lockhart LLP) in Pittsburgh, Pennsylvania. At was at that time that he served as the founding partner of Iger, Koehler & Vanetik, LLP, which is a law firm that specializes in corporate governance, public listings, counseling boards of publicly traded companies and representing independent directors, and committees on which they serve. Mr. Vanetik’s time in legal practice gave him crucial experience in corporate combinations, and finance.

Yuri Vanetik’s work as a political coalition builder allowed him to serve as State of California Co-Chair and All American Vice Chair for the Rudy Giuliani Presidential campaign. He was also in the state finance leadership for Senator John McCain’s Presidential campaign, and worked as a member of Senator McCain’s Kitchen Cabinet. Additionally, Mr. Vanetik led finance and leadership teams for several political campaigns, including Meg Whitman’s race for Governor, Mitt Romney’s political finance team, and many others.

Yuri Vanetik’s entrepreneurial spirit also led him to work in the technology space, before transitioning to corporate finance and venture capital. While working in the finance industry, Mr. Vanetik organized and served as principal of a group of institutional and retails funds, making investments in fixed income products and private equity transactions domestically and abroad. His distinguished political finance background spans over 17 years, with experience stretching across local, state, and national politics and policy. In addition to his current work as the Commissioner of the Orange County Sheriff’s Council, Yuri Vanetik is also member of Advanced Disaster Action Team for San Bernardino, California.

Yuri Vanetik earned his Bachelor’s of Arts Degree in Legal Studies with a focus on Political Science, History and Philosophy in 1991 from the University of California, Berkeley. In addition, Mr. Vanetik graduated Summa Cum Laude and Phi Beta Kappa, and was his class valedictorian. After completing his undergraduate degree, Mr. Vanetik went on to graduate from the Anderson Business School at UCLA, where he studied management. Yuri Vanetik also completed further graduate research in political philosophy at Oxford University in 1993. In 1998, he completed his J.D. from the University of California, Hastings, where he was the President of the International Law Society, and received the coveted American Jurisprudence Award. In 2003, Mr. Vanetik graduated from the Wharton-Spencer Stuart Directors Institute on Corporate Governance and Stanford Law School’s 2004 Directors College. He completed the Security and Exchange Commission Institute’s Reporting and Audit Executive Program in 2005.

Yuri Vanetik is on the board of Artstory Advisors, an art advisory and interior design business. Artstory Advisors is the brainchild of Kristina Semenovskaia, who is committed to providing clients with unique insight into collecting and decorating. Mr. Vanetik’s strong passion for arts is seen in the opportunities he provides to help alter people’s lives.

In addition to his professional endeavors, Mr. Vanetik is also a committed philanthropist. In 2008, Mr. Vanetik joined the Board of Directors for the American Red Cross, where he currently serves on the Executive Committee. He was also appointed to the National Board of Gen Next, and currently services on the board of the Gen Next Foundation.

In 2009, Yuri Vanetik became a Lincoln Fellow of the Claremont Institute, which is a national think tank for the study of politics and statesmanship. That next year, he was appointed to the board of Miracles for Kids, a foundation dedicated to supporting children with serious illnesses. Not long after, he was appointed to the board of the Center for Global Change, a charity that provides assistance to abused, neglected, and underprivileged orphans around the world. Yuri Vanetik is on the board of directors for the Orange County Performing Arts Center.