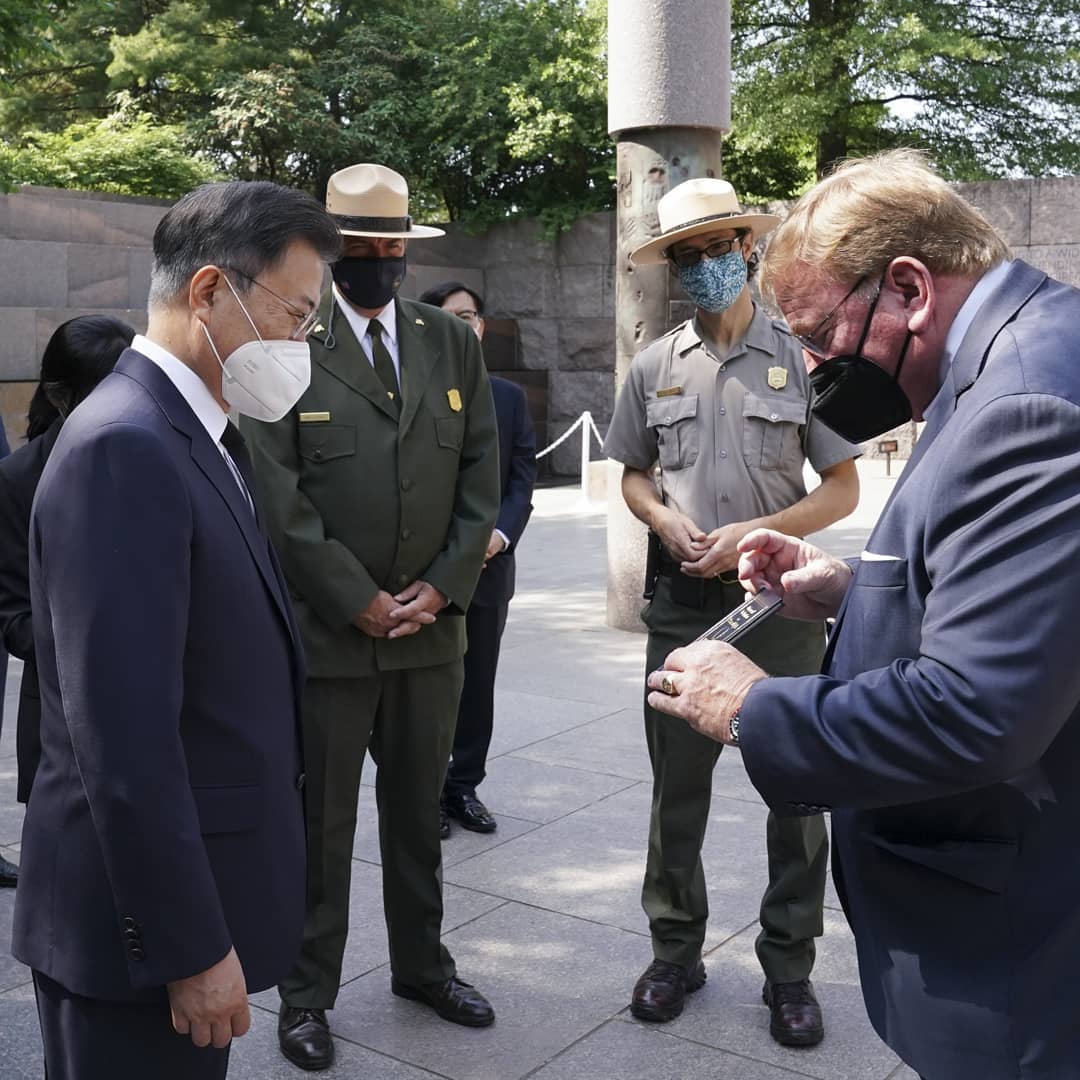 In response, Mr. Del Roosevelt said, “I am well aware of President Moon’s efforts to promote human rights as a human rights lawyer, and I am honored to join his visit to the Memorial,” and delivered a copy of the Universal Declaration of Human Rights adopted by UNGA in 1948 as a gift. Mrs. Eleanor Roosevelt, FDR’s wife, played a major role in the adoption of the Universal Declaration of Human Rights.

President Moon’s visit demonstrated his respect for FDR who successfully led the domestic economic recovery with leadership of unity, and introduced welfare systems and standards for the first time in the US history while overcoming the Great Depression.

President Biden also considers FDR as his role model, and the US administration is currently pushing for massive investments in the American middle class and public sector.